Contents hide
1. The Queen Bee
1.1. What the queen bee does all day depends a bit on what day it is.
2. Drones
3. Workers
4. Starter Jobs
5. The Wax Production Phase
6. Delegation of Tasks
7. Foraging
8. Hive Protection

If you want to be a beekeeper, it’s important to understand what your bees do all day, which can vary day to day, depending on the type of bee and its stage of development. Even though worker bees make up about 95 percent of the hive, understanding the queen and the drones is also vital. Every member of a hive has a role to play and gets some rewards.

What the queen bee does all day depends a bit on what day it is.

For example, on the first day that the queen emerges from her incubation cell (egg) she doesn’t necessarily just take over ruling the hive. It’s possible that another queen might already be present and there can only be one hive ruler.

Unfortunately, queen bees don’t really have the ability to flip a coin or diplomatically agree on who will rule the honeybee hive. So they have to resort to violence. A new queen will often get into a duel to the death with the reigning queen.

The good news for the new queen is that the odds are usually in her favor. Worker bees have the ability to tell when a reigning queen is too old or somehow unable to rule. That’s when they create a new queen bee incubation cell. So, if the workers have “read” their queen properly, the new queen’s job of taking over should be fairly easy.

Soon after taking over the hive, the queen bee will go on a nuptial flight and mate with a bunch of the drones. Sometimes she’ll mate with 20 or more drones in that flight. Then her real job will begin.

When the nuptial flight is over, the queen bee will hunker down in the hive, where she’ll most likely live out her life without seeing the outside world again. Except, of course, when the light comes streaming in during your hive inspections. All she will do is stay in the egg laying chamber and lay eggs. That’s it. The worker bees will feed and care for her and her daily activities will be quite boring from then on out until the next queen arrives to take over. 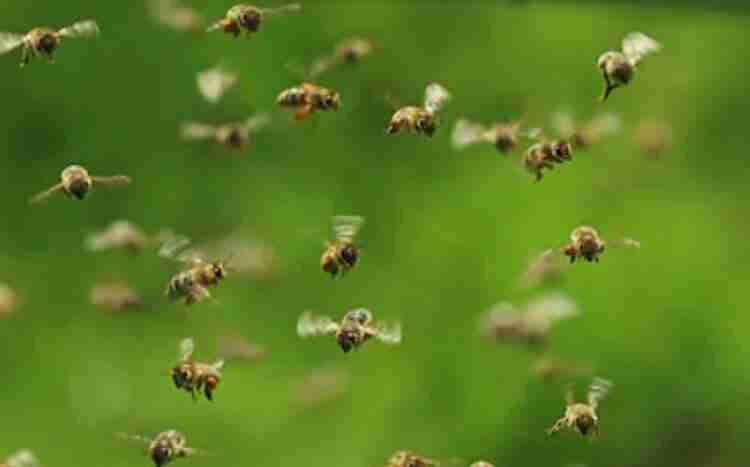 The daily life of a drone is just about as mundane and boring as the queen’s daily life. Drones are fed and cared for by the worker bees. They don’t need to do any of the hive chores or go out and harvest nectar. Although some drones opt to leave the nest to stretch their wings now and then.

The only time you might witness a drone bee having a busy day is if he is mating with the queen or if the workers kick him out of the hive. If you witness such a thing, you should get ready to pay your last respects because drones die right after they mate with the queen. Any drones that don’t mate with her are kicked out of the hive in the fall and also tend to die quickly. Suddenly, the mundane daily life of a drone sounds a lot better than the task of mating, doesn’t it?

READ  What makes Manuka Honey and Heather Honey so special?

That’s why a good beekeeper knows to have some respect for the poor little drone bees.

The worker bees do practically everything within a beehive. The daily life of a worker bee depends a lot on the age of that worker.

Think of it as getting an entry-level job at the start of your career and then progressing up to higher positions. The same thing happens in a honeybee hive.

The daily life of a drone is just about as mundane and boring as the queen’s daily life. Drones are fed and cared for by the worker bees. They don’t need to do any of the hive chores or go out and harvest nectar. Although some drones opt to leave the nest to stretch their wings now and then. When a worker bee is young it can have several starter jobs.

Usually day one and two is when they clean out the brood cells, or incubation cells, which prepares them for the next egg. Once the cells are clean, the worker bees turn into nurses, feeding all incubating larva. They are usually nurses from about day 3 to 11.

From day 12 to 17 the worker bee’s body can produce wax from between its abdomen segments, during the wax production phase.

The worker bee uses the wax to repair old cells, build new ones, and securely store away pollen and nectar, which is harvested by other workers. It’s a busy time for worker bees, but most times are busy in their own ways.

From day 18 to 21 there is a certain delegation of tasks that takes place within the hive. A worker bee that happens to be in between jobs might be tasked with attending to the queen, ventilating the hives with propolis, fanning the hive, gathering water to add in the fanning and cooling process, or even disposing of dead bees.

So, mortuary bees have a very important position. They have to carry larvae that didn’t hatch properly and dead bees well away from the hive. The dead bee disposal process is especially important because it helps to prevent disease from taking over within the hive. Its job will be to go out and gather propolis, pollen, and nectar for the hive that it stores in “baskets” called corbicula on its legs. A foraging bee can travel up to a mile and a half away from the hive in a given day.

Finally, one of the most important daily tasks of a worker bee is as a hive protector. Drones don’t have stingers. So, the workers must fend off any invading animals or humans. Of course, as a beekeeper, you can rest easy when you inspect your hives, as long as you use a smoker and the right protective gear.