Though honey is the most important product of a beekeeping endeavour, there are several by-products that are equally interesting and highly valuable too. These by-products include beeswax, flower pollen, bee pollen or eggs, propolis, and royal jelly. Beeswax is the wax that bees produce to construct their combs. A bee comb is no short of a wonder all on its own. It serves as a complete house, with specific place for the baby bees (a nursery!) and a fixed spot for food storage, including honey, pollen and nectar (the pantry!).

The whole comb is formed of hexagonal cells or tiny hexagonal cavities that each fit into one another perfectly, with absolutely no space to waste. Isn’t it quite an intelligent inference of such a tiny bee to realize that hexagonal shapes would give the maximum optimal usage of both space and the beeswax that they use to build these cells.

Each aspect of a bee’s life is no short of a wonder every step of the way! The comb is all formed from interconnected hexagonal cells that hang from some kind of a surface, such as roof edge or a tree hollow. And in terms of our Top bar hives, the thin bevel edge is used by the bees to hang this comb.

The hexagonal cells are nothing but a delicate yet sturdy creation of bees using this wax. The beeswax is produced by a gland from the bees’ abdomen. It is the worker bees that construct the comb.

Bees that are young and healthy, around a couple of weeks old, are assigned the job of comb construction. Apart from the hexagonal cells, there are the cell cappings that are also formed from beeswax. When bees store their brood, which is the eggs, larvae and pupae, in separate hexagonal cells, they cap each cell off with a distinct layer of wax. This is known as capping.

The young bees produce beeswax from their abdominal glands in the form of white or colorless scales. It is mostly tasteless and odorless.

To build a comb or form the hexagonal cell shape, the bees hang from a high point and produce these scale-like waxes. This is then chewed and shaped into hexagons and attached to one another forming a base.

More such cells and shaped and added below the first layer. It is this chewing and shaping process that gives this beeswax its characteristic light yellow color and also the slight smell it has. Beeswax combs are extremely soft to touch when freshly made, and obviously are quite easily damaged even when touched lightly.

As time passes, the structure dries considerably and gains strength and in the end is quite sturdy. Strength is an obvious requirement to see that all the future bees, the baby bees, are stored in these cells.

Many times, a comb structure is so strong that a bee colony would make use of an already used comb repeatedly for its second and rarely for its third year.

Another great quality that beeswax has is to absorb anything that is put into it. This can be both a boon and a liability for beekeepers and interested beeswax harvesters.

Imbibing any and everything means that it shall absorb both harmful and useful agents without distinction. Insecticides, pesticides and other chemical agents, when sprayed over a bee colony, can be a cause of concern.

READ  9 Facts About Beekeeping That Are Actually False!

This means there is no real way of removing such harmful chemicals from beeswax. It is, therefore, highly recommended that one minimizes the use of such chemicals in beekeeping. And if a person, beekeeper or a wax enthusiast, wishes to work with beeswax, then they must make sure that the beeswax they are using is not one that has been treated with chemical insecticides and pesticides.

Similarly, it is quite reasonable to assume that beeswax would absorb any good agents too with equal ease. These could be essential oil, or medicinal herbs or oils. All this could then expand the possibilities of beeswax and its usage to a huge extent.

One advantage of Top bar hives is that you harvest beeswax too every time you harvest honey. Whereas, if you were using the Langstroth hives, then you would only be able to harvest the caps from the frames, leaving the whole comb intact to be spun into the honey extractor and returned to the bees later on to be used by them.

Many insist it is a disservice to the bees to force them to build combs again and again, and non-reusability of combs in the Top bar hives is a disadvantage. But, most beekeepers would tell you, that’s not always true. Top bar hive beekeepers only harvest honey when the bees need you to harvest it. Reusing an already used comb can cause unexpected diseases to spread between one comb and another. It is indeed not a disadvantage in the bigger and better picture of things.

Beeswax can also be purchased commercially. But this is beeswax that has been repeatedly rendered and refined several times. Though it gives a lighter and cleaner color to the wax, it also robs it of its several beneficial properties and the characteristic beeswax aroma.

Beeswax that has been rendered two to three times is good enough to be used. We see the use of beeswax by ancient Egyptians in the mummification process. They used beeswax to embalm their dead. Though the oldest known use of beeswax could be much older than the 2000 years of the Egyptian use.

Beeswax itself is of different kinds based on its purity and how much rendering has been done on it. A basic beekeepers wax, has a pale yellow tinge to it and has particles of pollen and honey in it. This is ideal for making things such as lip balms, which are not affected by the presence of honey particles in it, but rather the honey adds a nice sweet and beneficial touch to it.

Brood wax is the beeswax that is harvested from the brood combs. It has a dark brownish tinge to it. Though extensive filtering removes the remains of the brood, the eggs, larvae and pupae, and the cocoon, it still has very tiny microscopic particles that lend it its characteristic color.

Candle wax is the wax that is used to make candles; this requires a little more filtering than the beekeeper’s wax to remove the traces of honey as honey tends to interfere with how well a wick burns.

White wax is extremely polished and refined wax, that is well and truly white. This is great for acoustics and used by artists.

This wax is used in several different ways: 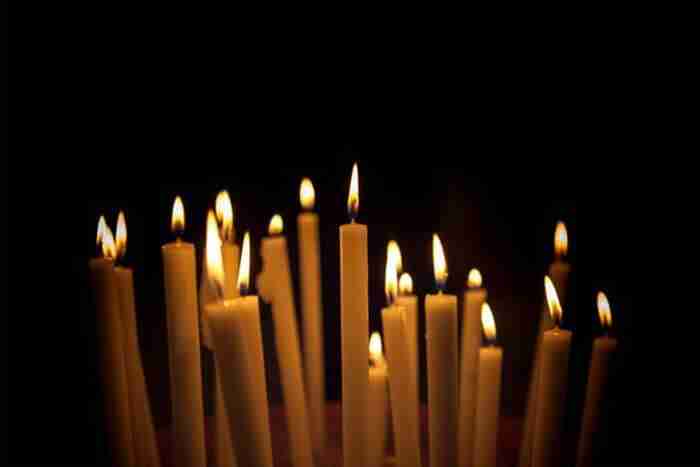 As a matter of interest, I present to you a couple of benefits of beeswax in the form of a few recipes using beeswax for lip care products and moisturizing lotions for cold and dry seasons. 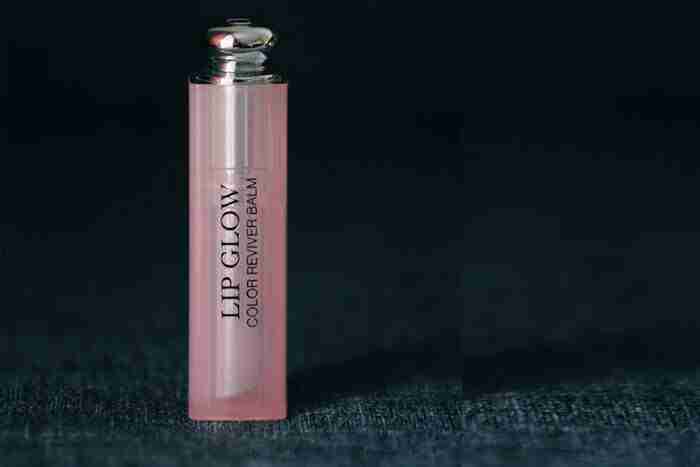 Beeswax is an extremely versatile by-product of beekeeping, a sure wonder of the intricate mechanisms of nature. Its many uses and benefits make it highly valuable and sought after. You will surely love the added benefit of harvesting beeswax along with honey in your beekeeping endeavour.

Beeswax is also quite a profitable business area. Acquiring beeswax costs, you almost nothing when taken into consideration that the same costs apply for harvesting honey too. So, beeswax comes almost cost free to you. If you are beekeeping as a business, then it is good to realize that there is quite a market for beeswax too. 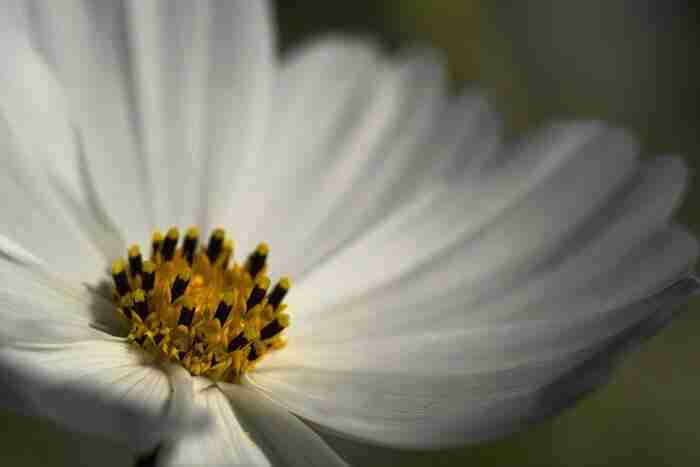 The flower pollen is what bees collect from flowers along with the nectar. Bees use this pollen to feed their larvae. It is of added benefit to obtain this pollen too, as this can lead to identifying the kind of flowers the honey visited, which can in turn help in recognizing the kind of honey obtained.

Pollen is also a rich source of protein. Though it is difficult to imagine consuming large amounts of pollen to accumulate sufficiently meaningful amounts of protein in our body it is good to recognize that pollen from flowers is proteinaceous in nature.

This fact helps scientists and pharmacists in developing anti-allergic drugs by using pollen as an inducing booster.

Indeed it has been noted that people with pollen allergies report fewer numbers of cases with lesser intensities because they consumed honey that had pollen in them.

This is a passive way of inducing allergen immunity, and needless to say, highly valuable. Bee pollen or  pollen ball gathered by bees and stored in cells is considered high in sugars, proteins, vitamins, minerals, and antioxidants.

It is considered extremely beneficial for health and in treating inflammations. Propolis Propolis is a glue-like substance that bees obtain from other plants and trees. Bees use this substance to fill in gaps in their combs and seal breaks or lesions.

ropolis is popularly known as ‘bee glue.’ Many people consume propolis for its health benefits and its unique taste. People even prefer to use it to make furniture varnishes and such.

Though, technically this royal jelly is fed to those larvae that are supposed to grow into queen bees.

All the larvae are fed small amounts of royal jelly, though the queen larvae are fed rather huge amounts that drastically affects their anatomy and physiology, turning the simple worker larva into a queen bee.

Harvesting royal jelly is tiresome, but it has its own benefits of being rich in nutrients and therefore very valuable in the medicine industry.

All in all, the by-products of beekeeping are highly valued, each with unique benefits of its own. They are just as vital as honey, and have their own appeal for beekeepers, businessmen and hobbyists alike.